Did you know that Conner McDavid got 373 points in his career so far? McDavid plays in the NHL for the Edmonton Oilers. He is starting his 4th season now and he has got a point on his first game of the season. Now lets start on his birth.

Conner McDavid was born on January 13, 1997 to Kelly, and Brian McDavid. He was Born in Richmond Hill, Ontario and grew up around the Toronto area. He has an older brother that is named Cameron but he’s not who I’m talking about. A few years after he started skating and started playing organized hockey.

All throughout his young career Conner McDavid was a superstar. Once in Midget he got 79 goals and 130 assists with an amazing amount of points: 209. He then won the GTHL player of the year. Because of his amazing playing he was granted into the CHL 1 year earlier than most people. Only 2 other players have been allowed to do that. He was then chosen by the Erie Otters where he played for 2 years. While playing against the Owen Sound Attack he got an assist, braking the team record for most assists by a rookie. He once got 16 goals and 35 assists in 18 games! After a few successful years and a lot of trophies he finally was drafted.

Conner McDavid was drafted 1st overall in 2015 to the Edmonton Oilers. It was a very good decision. A bit after the draft Conner McDavid was signed for a three year contract. On Conner McDavid’s first game they lost 3- 1 to the St. Louis Blues but a few nights later he got his first goal against the Dallas Stars. Then disaster struck. He broke his clavicle while playing against the Philadelphia Flyers. He was then out of the line- up for 3 months. A few long months later he returned to the line- up and almost immediately got a goal. Then against the Toronto Maple Leafs he got his first 5 point game. That season he won the rookie of year despite the fact he only played 45 games. Over the next few years in the NHL he got 100 points ever year and got many trophies like the Art Ross trophy and the Hart Memorial trophy. He also became the youngest player to become a captain at 19 years and 266 days. He got his first hatrick ever against the Dallas Stars got his 100th point against the Florida Panthers. In 2017 he signed a 8 year contract for $100 million.

Conner McDavid  has been a very talented player throughout his years. He is a good player that will improve as the years go by. If you like to watch hockey he is the one to watch. 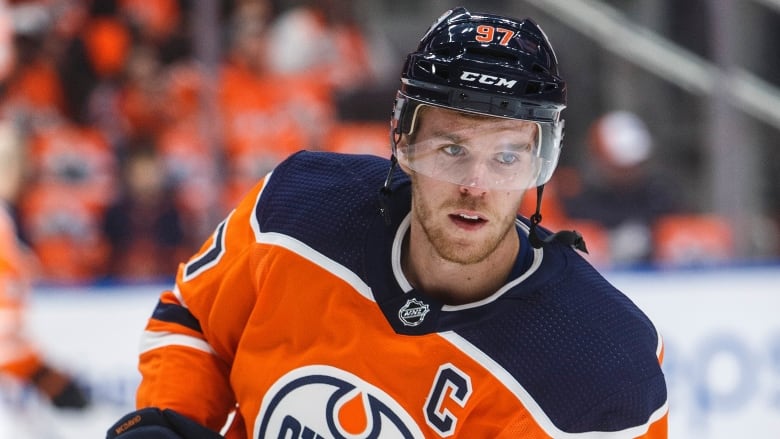